I have nothing but praise and admiration for the professionalism, persistence, care and dedication of the teams. A professional group of individuals who, without hesitation, respond to calls for assistance 24 hours a day, 7 days a week.

For Josie O’Brien, a trek through Tasmania’s spectacular World Heritage areas on famed Cradle Mountain almost had a tragic end.

While hiking on the Overland Track with a group in October 2012, she suffered a heart attack and, if not for the dedicated professionals of the Westpac Rescue Helicopter Service, Josie may not have survived.

“As the afternoon went on I started to feel ill and unwell,” she said. “My last recollection was of having enormous pain in my chest and falling to the side of the track. I later found out that I’d had a heart attack and a minor stroke.”

One of the two guides in her group stayed with Josie and called 000 while the other guide and six trekkers continued on to the hut for shelter at around 5pm.

A helicopter was dispatched to airlift her from the track, but by the time it had arrived the weather closed in and the low cloud made it impossible for the crew to land.  The helicopter then flew to Devonport to pick up a Wilderness Paramedic and took him back to Cradle Mountain where they made more attempts to reach Josie by helicopter.

“The weather conditions had deteriorated further and a ground walking party from Tasmanian Police Search & Rescue and State Emergency Services were sent to retrieve me from the side of the mountain,” she said.

The walking party left Cradle Mountain at 8pm and reached her by 1.15am the next morning.

"Without hesitation they came to my rescue. And I will be forever grateful.”

After a cold and uncomfortable night on the side of the mountain, the helicopter crew tried twice again to retrieve Josie at first light - but the weather was still working against them.

Finally the walking party was able to transfer Josie to Wombat Pools, an area where the chopper could land, and at around 11am the crew transferred her to an awaiting ambulance that had been sent to Dove Lake. Josie’s condition was so serious she was then transferred via helicopter to the Burnie Hospital where she spent eight days in ICU.

“I was in and out of consciousness, but I remember the team working around me as we moved back down the mountain,” she said.

The rescue stands as the longest land retrieval in Tasmania.

“I felt very relieved when I saw the chopper coming,” Josie said. “I have nothing but praise and admiration for the professionalism, persistence, care and dedication of the teams.

“My advice to others who are considering exploring Tasmania’s wilderness is to feel comfort in that if you get into trouble, these teams are only a phone call away and know how to respond. Without hesitation they came to my rescue. And I will be forever grateful.” 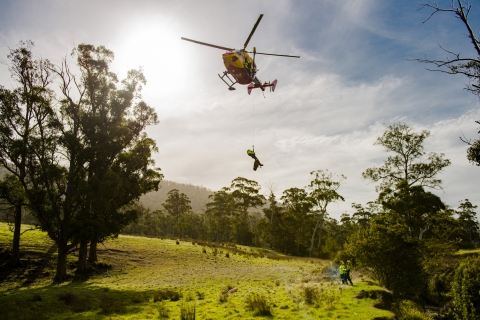 Plan your hiking journey carefully to avoid possible dangers. But, if you’re in need of the Westpac Rescue Helicopter you can help us by providing precise information about the injured person, your exact location and weather conditions. 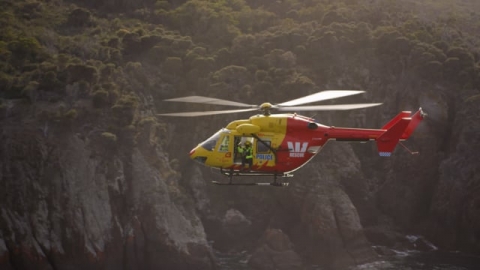 The Tasmanian Wilderness World Heritage Area is one of the most beautiful true wilderness areas in the world. 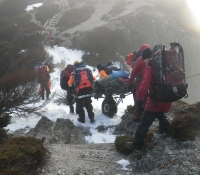 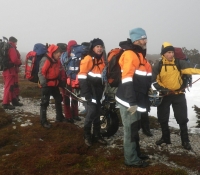 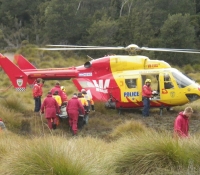 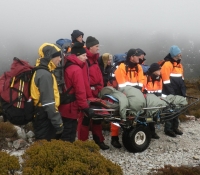 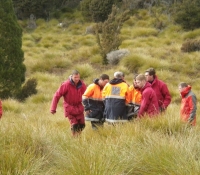 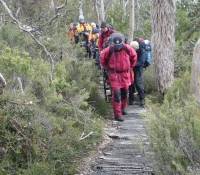 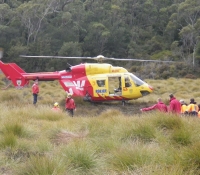 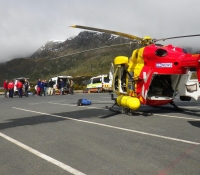 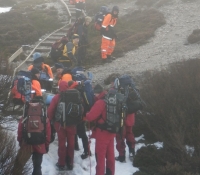 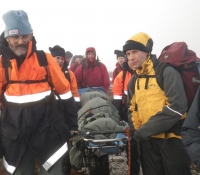