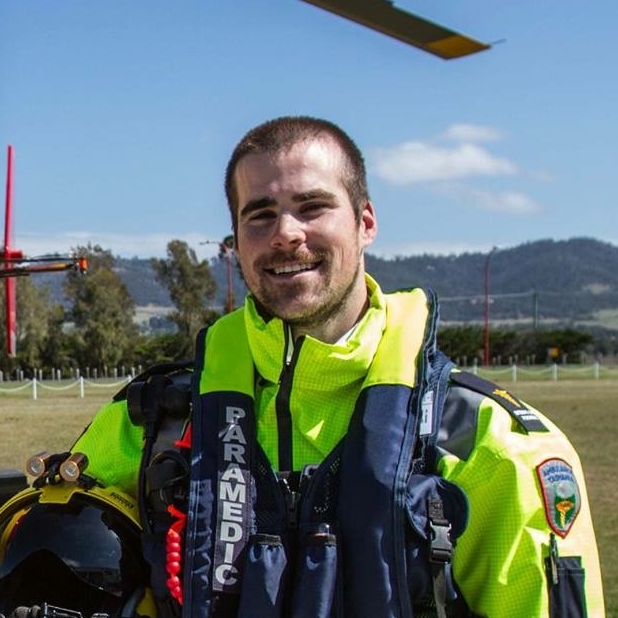 27 years old, Charles grew up in Smithton on the North West Coast of Tasmania and having his first helicopter job aired on National Television was nerve racking to say the least.

After finishing school in 2008, he enrolled in nursing and volunteered with Ambulance Tasmania (AT). In 2010 he gained employment with AT and completed his Bachelor of Paramedic Practice. After qualifying as a paramedic, Charlies completed his Intensive Care Paramedic qualification and began work on the Westpac Rescue Helicopter in 2015. In the last two years he has completed a post graduate certificate of Emergency Health (aeromedical and retrieval) through Monash University and has is about to start a Specialist Paramedic Practice.

As an Intensive Care Flight Paramedic, Charles’s (or Wendy as he is known in the Chopper) role is to provide a high level of clinical care and advanced life support in any environment, at any location.

Working with the Westpac Rescue Helicopter was a long time ambition and he has always been interested in taking on the challenges associated with the role and pushing himself to be the best clinician he can be.

His most memorable moment was his first operational winch. It was a beautiful blue winter’s day near St Anne circuit in Tasmania with interstate, uninjured, lost bushwalkers. The rescue was well planned and executed and he was able to put all his training into practice in a challenging environment.

Back to All
Paramedics