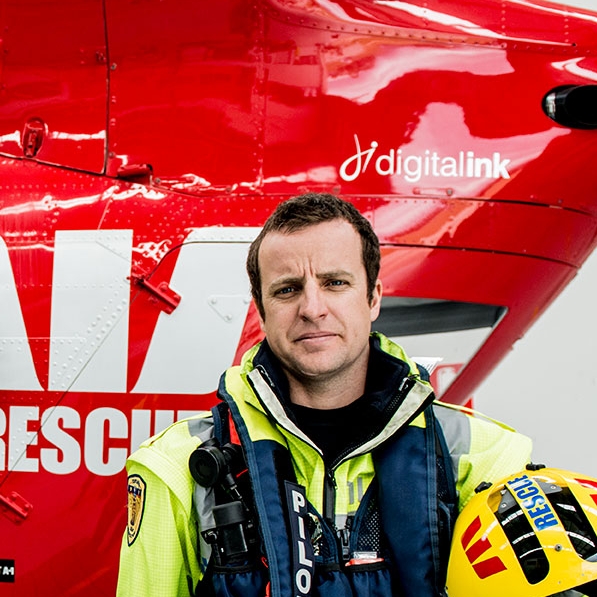 Chris grew up in Sydney and has been flying helicopters for 10 years.

He started training to become a helicopter pilot in 2005 at the age of 18 and achieved his commercial helicopter licence in 2007 when he was 20.

Throughout his career Chris has flown scenic flights in the Northern Territory, Sydney and the Whitsundays, living on Hamilton Island for three years.

In 2012 he moved to Tasmania where he was doing general charter, cherry first protection, fires and then began the specific training and qualifications required to become a rescue pilot with the Westpac Rescue Helicopter for the last 2 and 1/2 years.

In his short time in Tassie, Chris has met his future wife Sophie, purchased a house and a French bull dog they call Ernie. In his spare time, Chris likes trail running and bushwalking and will spend some time in Europe and the US later this year.

Back to All
Pilots